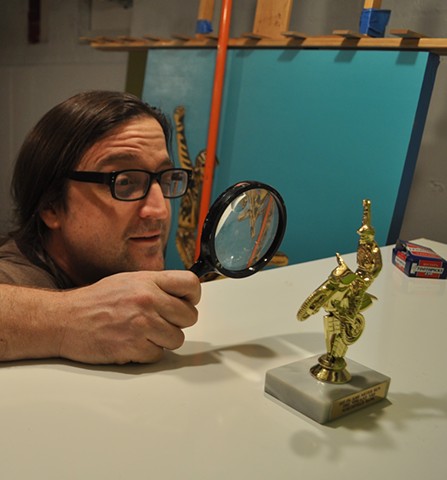 I am an artist and educator living and working in Chicago. I received my B.F.A. from the Columbus College of Art and Design in 1992 and my M.F.A. from Northwestern University in 2000. I have been teaching at the American Academy of Art since 2003. I’ve exhibited my artwork extensively throughout the United States as well as London. In 2013, I was fortunate to have a 10-year retrospective at the South Shore Arts Association in Munster, IN curated by John Cain. My work has been reviewed in numerous publications including The Chicago Tribune, The Chicago Sun Times, The New Art Examiner and the New York Observer. Other publications include Manifest Gallery’s International Painting Annual 4 and I have twice been featured on the cover of New American Paintings in 2001 and 2014. I was awarded a commission to design artwork for the Blue Line Montrose Station by the Chicago Transit Authority (installed June 2021)